In 1971, Ilan de Beer, a young Jewish student leader in Switzerland, was asked by the World Organization of Jewish Students (WUJS) to travel to Ethiopia and visit the Beta Israel. The organization had received pleas from young members of the community to help them leave the country, and wanted to send an emissary to get a report.

He set out on his journey from Johannesburg, where he was interning, to Addis Ababa and then to Gondar. As he was asking how he could reach Ambover, he met a young man, Kassie Chole, who told him that he was from that very village and would be happy to accompany him there. While hiking to the village, nestled on a hill, Kassie regaled Ilan with stories about himself, his studies, his family’s daily life, the villagers’ Jewish traditions and the struggles of the community. Once they arrived in Ambover, Kassie introduced Ilan to village residents and acted as his translator.

Filled with all the impressions from his trip, Ilan wrote his report to WUJS and partnered with them, starting a mission to raise awareness about the difficult situation of the Beta Israel.

Kassie Chole, Zena Joseph (Kassie’s close friend) and Ilan corresponded for two years, and Ilan joined the efforts of US and European organizations to lobby for the rescue of his Ethiopian brethren. The tense political situation after the 1973 Yom Kippur war, the removal of Ethiopian Emperor Haile Selassie, the rise of the Communist Derg regime and the country’s civil war made the rescue of the Beta Israel even more difficult; only a few were able to reach Israel at that time. It was during this period that the Chief Rabbis of Israel finally accepted the Beta Israel as Jews and that the State of Israel began looking for ways to help. 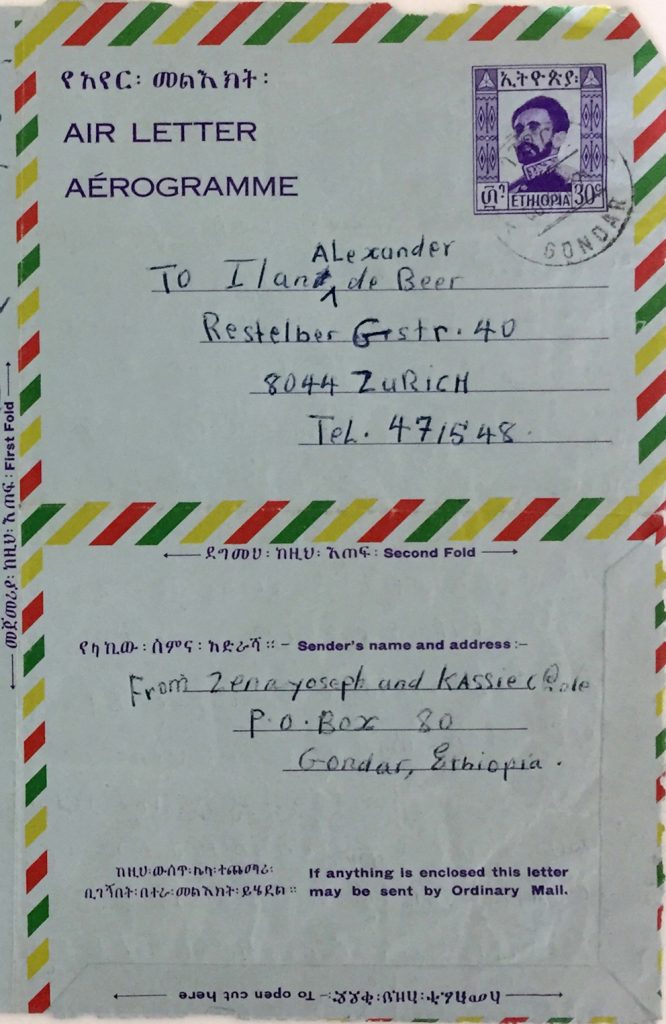 Different rescue operations were organized, and over the next twenty years most of the Beta Israel were able to immigrate to Israel. These events are well documented; sample articles, documentaries and other reports can be found under “Further Reading” on this website.

Ilan’s interest in the plight of the Ethiopian Jews did not wane over the years. Beginning in the 2000s, aware that the Ethiopians were facing a difficult integration process in Israel and were confronted with deep racism, he used a legacy that he had been entrusted with as an attorney to finance  projects for the Beta Israel community.

It was only then that Ilan discovered that Kassie had not succeeded in reaching Israel. He had been killed by the Derg regime in 1976. Joseph Zena was able to reach the Holy Land and passed away a few years ago.

In 2013, the idea to produce an oral history archive on the lives of Ethiopian Jews, before they left for Israel, crystallized. After a few unsuccessful attempts, Ilan mentioned the idea to his cousin Shilo, who being a media expert, immediately agreed to manage the project with Ilan’s wife Judith.

Little did they know what this venture would entail, the many hurdles that they would have to overcome and the nearly five years it would take to complete.

But now this important archive is realized, a fitting testament to the memory of Kassie and all those who were sadly unable to make the journey to Jerusalem.